The Great Barrier Reef is an incredible ecosystem, home to six of the world’s seven species of marine turtle. These turtle populations are facing a growing combination of threats, but there’s still hope. In our latest ReefChat, we take a look at how climate change is threatening these species, what innovations are underway to save our precious sea turtles and our world-first discovery of a hybrid turtle. 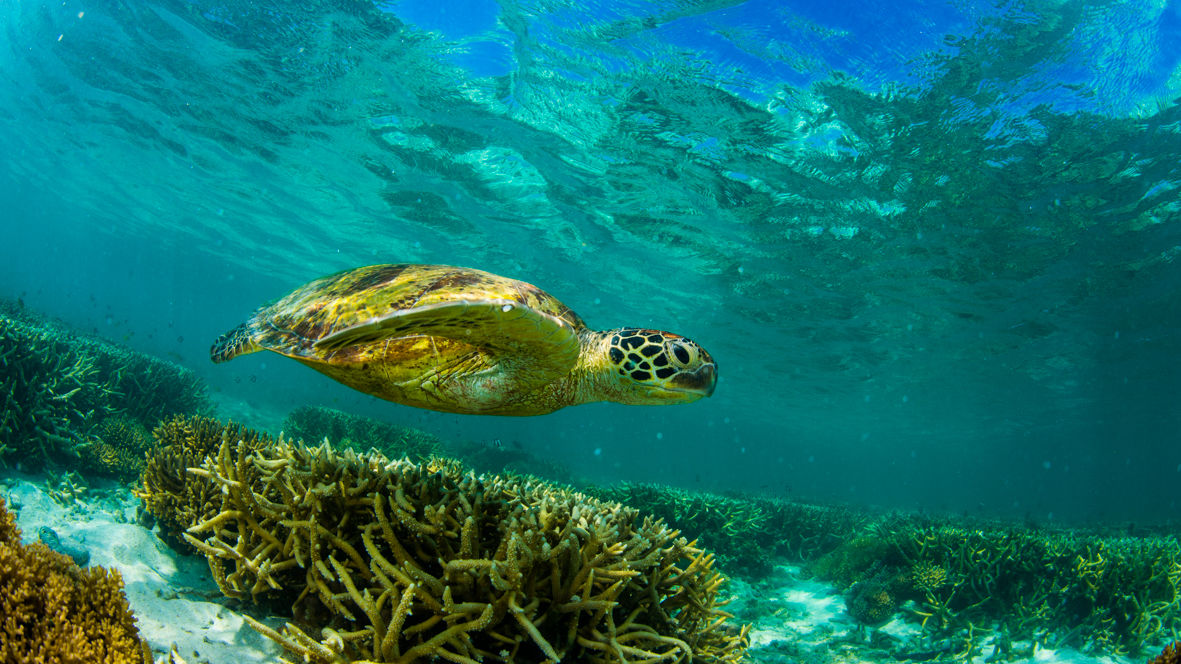 Recently millions around the world saw our footage of the thousands of green turtles waiting to nest on Raine Island, the world’s largest nesting area we’re working to restore and protect. As you can see from the video, we’re already making an impact. But the green turtle is still endangered and there’s a lot more we need to do to save this species for future generations.

To uncover the threats facing our Reef’s endangered turtles and how we’re saving them, our Managing Director Anna Marsden spoke exclusively with one of the stars of ABC’s Australia’s Ocean Odyssey series, turtle expert Dr Ian Bell and passionate turtle guardian with Team Turtle Central Queensland who discovered a species of hybrid turtles, Ian Anderson.

The conversation began with Dr Ian Bell outlining how climate change is the biggest threat to the Reef’s turtles. He explained how warmer sand temperatures during the nesting season are causing the feminization of turtles and how rising sea levels are threatening the species with tidal inundation of nests which drown their eggs.

“The temperature of the sand during incubation determines the sex of the turtles. With rising temperatures causing the sand to regularly go above 29 degrees we are seeing less and less males being produced which is causing issues for the population,” said Dr Ian Bell.

Turtle Guardian Ian Anderson added to this list of threats by pointing out that feral animal predation of turtle eggs from animals such as pigs and foxes and impacts from humans such as beach driving and boat strikes were also affecting this endangered species.

But there is hope, with both panellists recounting the success volunteers and researchers are having by protecting turtle nests with mesh wiring and surveillance to stop feral animal predation and 4wds as well as nest cooling trials to ensure more male turtles are produced. Ian Anderson reported an amazing experience from this year’s hatchling season on Curtis Island whilst volunteering as part of our citizen science project Team Turtle Central Queensland where he made a world-first discovery of a clutch of hybrid ‘Flathead’ turtles.

“The first hatchling popped his head out and I thought hello, you look different! It was a hybrid of a flatback and a loggerhead turtle. We were able to safely relocate him to the Sea Life team on the Sunshine Coast who are taking good care of him whilst they collect data and then will release him back in to the wild after 12 months,” said Ian Anderson.