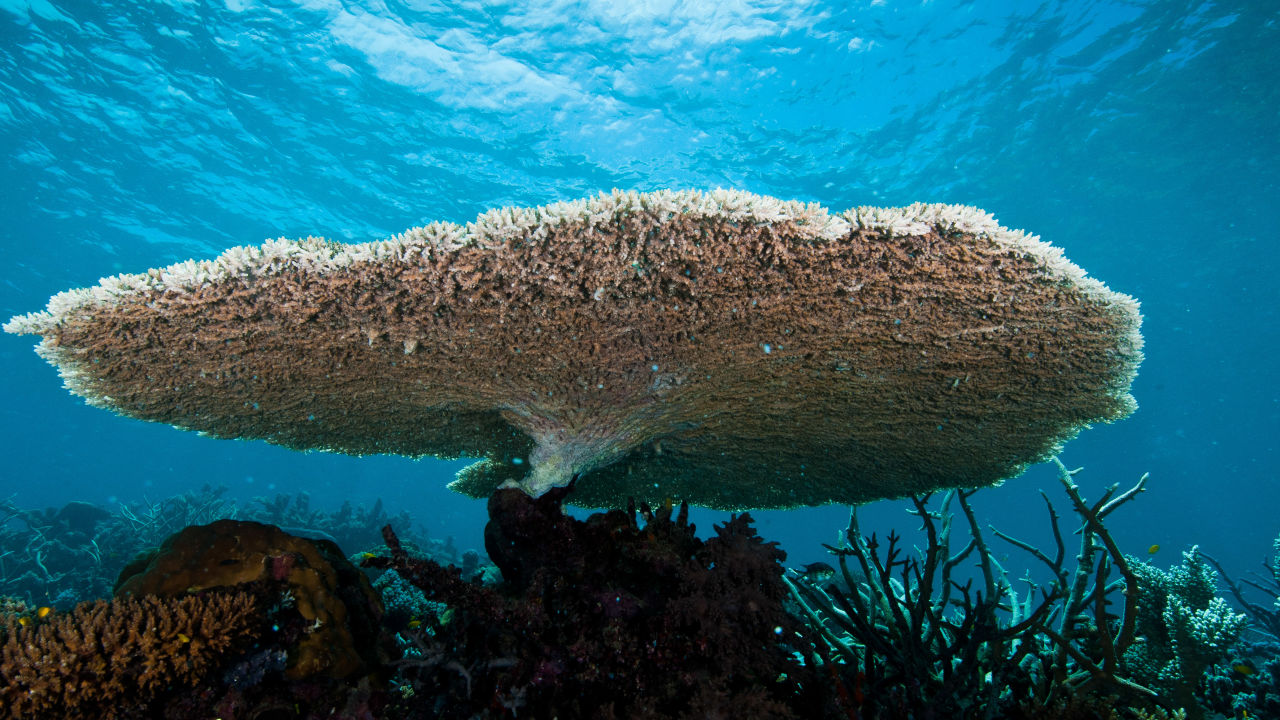 With summer over, there is no longer the threat of mass coral bleaching from thermal stress. The risk of another severe weather event is also unlikely. With these threats from summer over, the Great Barrier Reef Marine Park Authority will now post Reef health updates on a fortnightly basis.

The unprecedented flood event in North Queensland resulted in flood plumes extending out to the Great Barrier Reef. While there have been widespread reports of isolated colonies of coral bleaching, there are no reports of significant impacts and few coral mortality.

In late February, cyclone Oma brought significant wind and waves in parts of the southern Great Barrier Reef. There are no detailed reports of this area – however, the reports received show no significant impacts from this weather event.