Seals don't drink water, getting all the hydration they need from their diet. 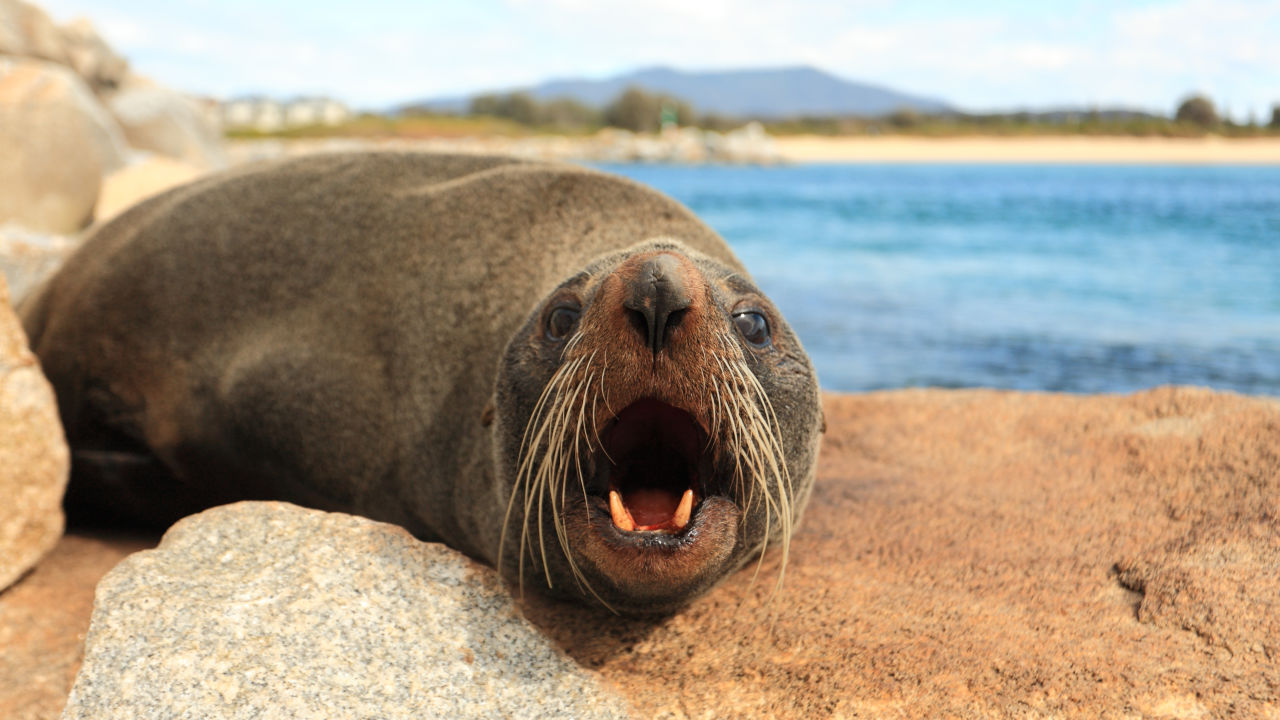 Australian Fur Seals, also known as eared seals, prefer cooler southern waters thanks to their thick coats, but they are occasional visitors to the southern Great Barrier Reef. These semi-aquatic mammals are excellent swimmers and can hold their breath underwater for up to half an hour.

Australian Fur Seals prefer to haul ashore on rocky islands and ledges along Australia's southern coasts, but most other types of seal are found in even cooler waters towards the Arctic and Antarctic regions. Thick waterproof underfur and layers of special body fat called blubber help all seals keep warm despite icy or freezing conditions. The cooler, deep waters of the subpolar and polar regions are also abundant with a rich diet of fresh fish, squid and octopus.

How do you tell the difference between a seal and a sea lion? Sea lions have large ear flaps and a shorter, broader snout, while seals generally have internal ears and a pointy nose. Seals also appear more cumbersome on land than your average sea lion, because their hind flippers are not as large. Their caterpillar-like crawl on land is far less elegant than their spectacular underwater moves.

Sea lions are distinguishable from fur seals by their external ear flaps and large flippers.

A group of seals is called a rookery but is sometimes also known as a bob.

Seals never drink water because they get all the hydration they need from their food.

Seals have built-in googles. The eyes can morph to help them see clearly both above and below the water.

Seals can nap underwater in a special swimming position known as bottling.

Fur seal teeth look a lot like your pet dogs - because they're actually distant cousins.

Mother seals can recognise their pups voice from thousands of others in the rookery.

#How Do Seals Reproduce?

Australian Fur Seal adults will spend more time ashore for several months during summer, to breed and raise their babies. Within the breeding rookery, males will defend their established territory and harem of females from rival males. Females will have one pup (sometimes two) each year. While mum is away feeding, the pups in the rookery will play and practice swimming, preparing for when they will be weaned and ready to head into the open sea just a few months later.

Though Australian fur seals are not highly threatened, like all marine mammals, their populations are at risk in some areas. This is largely due to animals getting caught in or ingesting floating marine debris like non-biodegradable plastic and discarded fishing nets.

In most places, the Australian Fur Seal is listed as Least Concern on the International Union for Conservation of Nature’s Red List of Threatened Species.

Always spotted but rarely seen, meet the largest fish in the ocean.

With the largest brain to body ratio of any living fish, these gentle giants are under threat.

With the largest gender size discrepancy in the animal kingdom, a male blanket octopus weighs 40,000 times less than the female.

A mammoth mollusc, but not a man-eating one!