Counting turtles is a science 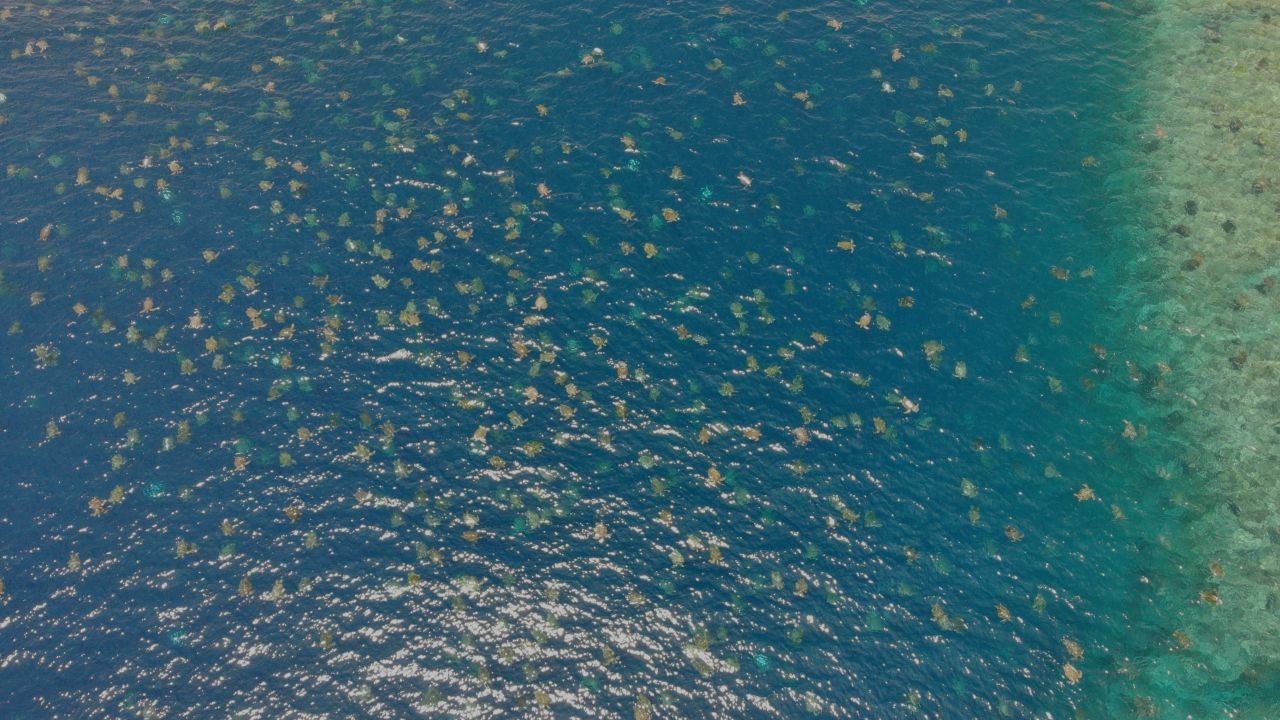 With drones – and now we have the science to prove it.

Our Raine Island Recovery Project researchers are investigating the best way to count all the turtles at the world’s largest green turtle nesting area. The highly respected PLOS ONE journal has just published their findings (see the paper).

“We’re seeing the world’s largest aggregation of green turtles captured in these extraordinary drone images that are helping to document the largest turtle numbers seen since we began the Raine Island Recovery Project,” Ms Marsden said.

“Raine Island is the world’s largest green turtle nesting site and that’s why we’re working with our Raine Island Recovery Project partners to protect and restore the island’s critical habitat.

“We’re taking action to improve and rebuild the island’s nesting beaches and building fences to prevent turtle deaths, all working to strengthen the island’s resilience and ensure the survival of our northern green turtles and many other species.”

The research paper’s lead author Dr Andrew Dunstan from the Queensland Department of Environment and Science is excited to share his work.

“Trying to accurately count thousands of painted and unpainted turtles from a small boat in rough weather was difficult,” Dr Dunstan said.

“Using a drone is easier, safer, much more accurate, and the data can be immediately and permanently stored.”

Co-author Richard Fitzpatrick from the Biopixel Oceans Foundation said, “What previously took a number of researchers a long time can now be done by one drone operator in under an hour.”

The research found drones, or Unmanned Aerial Vehicles (UAVs), were the most efficient survey method, with underwater video like using a Go-Pro a useful alternative for in-water surveys.

Dr Dunstan said the Raine Island Recovery Project is making a major contribution to the future sustainability of the world’s most important green turtle rookery.

“This research is of prime importance to the understanding and management of the vulnerable green turtle population,” he said.

“In the future, we will be able to automate these counts from video footage using artificial intelligence so the computer does the counting for us.”